Getting Ready for Dad’s Day & Russ is a Cool Dad

Father’s Day just wouldn’t be Father’s Day without the kids all making lots of gifts for Russ.

So, after he left for work tonite,
Our house became a workshop….. 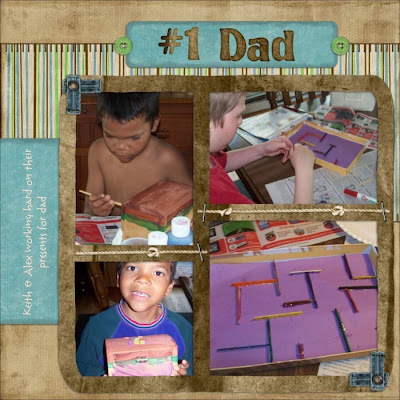 Keith & Alex were busy putting their gifts together. Keith made Russ a “box to hold all the nails that dad keeps losing”. heehee (Russ has a habit of being forgetful and apparently keith has noticed. LOL)
Alex made Russ a marble maze that he saw in his Boy’s Life magazine. 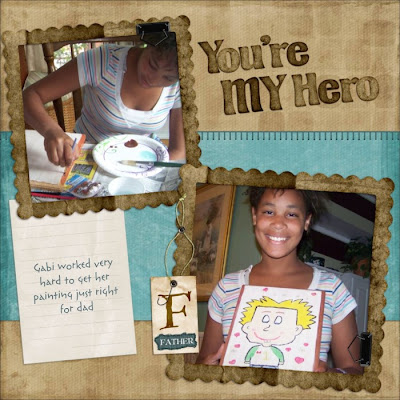 Gabi decided she wanted to make a painting for Russ on a wooden plaque. I think it’s supposed to be Russ.
Notice I cut off Gabi’s hair in the pic???? She’ll probably “D-I-E” when she finds out that I wrote on here that I cut it out of the pic because she looked like SideShow Bob after spending all day swimming in the pool. LOL

Henry & I decided to make some home-made mustard for Russ as it’s one of his favorite condiments and I have purchased yummy kielbasa for cooking on the grill for Father’s Day. 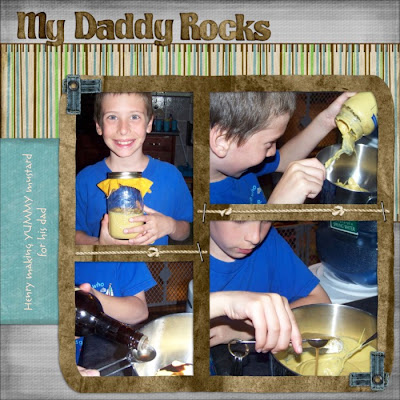 Here is Henry adding all of the ingredients for making his yummy Creole Mustard.
16oz. of Dijon mustard
2 TBS of Wostershire sauce
3 tsp. of Louisiana Hot Sauce (or as much as you like!)
Mix together well.
Then, just store in a air-tight container in the refridgerator for up to a month. 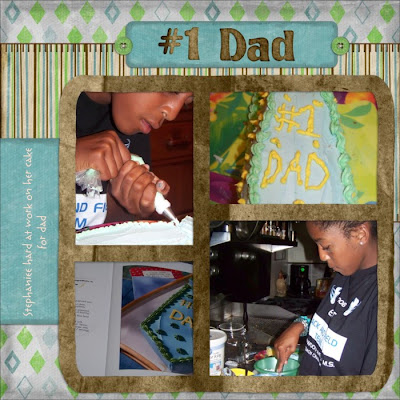 Stephanie wanted to make Russ a cake from her new cookbook. It turned out really great!
Can’t wait to try it!!!!
oh wait! That isn’t on my diet! 🙁 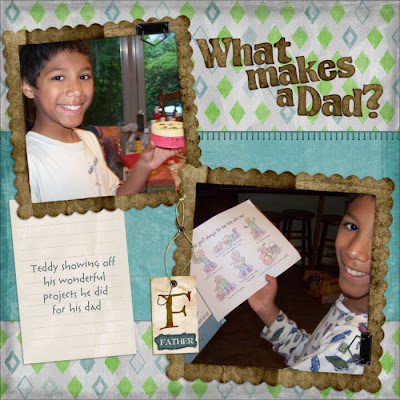 Teddy made Russ a bin to keep all his loose change and also made him some really cute pictures at school. 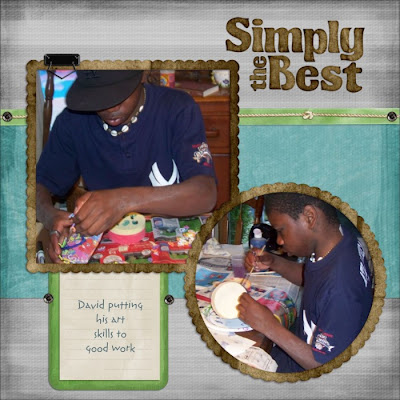 David worked hard painting another bin for loose change. It may seem excessive unless you know Russ. He ALWAYS leaves change EVERYWHERE and obviously the kids noticed. heehee
And, here are the finished gifts: 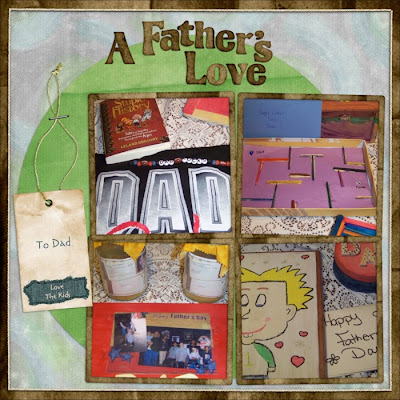 The kids also got Russ a t-shirt that reads “Cool Dad” and they made him a key chain that reads says that too.
I bought Russ a book called Stupid History.
Russ & I are HUGE history buffs and this book is all about silly things that happened in history and I just knew he would get a kick out of it. 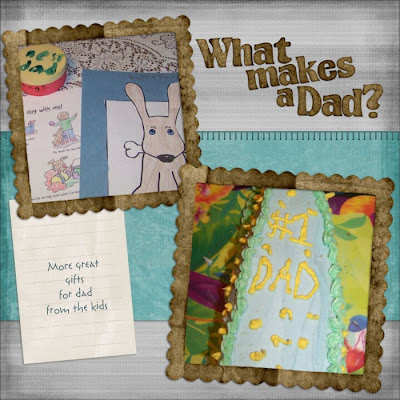